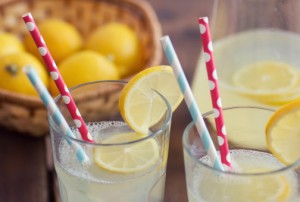 When life hands you lemons, you make lemonade. When life hands you boric acid and silicone oil, you make Silly Putty. Stay tuned for a profound statement: Sometimes things don’t go your way. You heard it here first. But the unexpected can open up new opportunities worth pursuing or different avenues worth exploring. When a meeting doesn’t go off exactly like you planned, you can curl up into the fetal position – or take on the challenge and deliver a stellar performance. The situation doesn’t dictate the outcome: You do.

Google product strategist Scott Jensen recently stormed out of the Internet of Things Expo in San Francisco because his audience consisted of a mere 50 people. I feel compelled to mention that this is an event to which Jensen invited himself, and where he told the folks at the registration desk, “I am Google.” (I hope he made out a “Hello. My Name Is…” tag). After he saw the “crowd,” he said, “I do not speak to small groups.”

Expecting a few thousand audience members and getting just a few dozen can be disconcerting, and a blow to the ego. And just as surely, it can be an opportunity. If Jensen had reframed the situation in his own mind, he could have given one of the most informative, influential talks of the Expo. Or at least a great one.

He could have accepted that, yes, while in his mind he should command the attention of the masses, what he had to work with was a small group. Think of what he could have done with those 50 people. He could have gone right into the audience and shared ideas; he could have requested a smaller space to make it more intimate. He could have jettisoned his speech and, instead, had a genuine conversation.

There is any number of “could haves” – and, with all the negative press he got for abandoning his audience, I’m sure he’s feeling a lot of “should haves” as well – but the point is that Jensen had an opportunity to flip an unexpected situation around and make the most of it. It’s an opportunity that comes knocking for everyone at some point; the key is to answer instead of storming – and missing – out.

When we were doing a launch for the VW Phaeton, we hired the incomparable Chantal Kreviazuk to entertain. There were only 50 or 60 guests at each launch, and Chantal simply played, talking about music and inspiration as people sipped cocktails around her baby grand piano. It was unbelievable; the exclusivity and intimacy fit perfectly with the high-end brand, and everyone had a wonderful time.

The point is that you can work magic with small audiences, and they provide you with opportunities to engage that you just don’t have with packed conference centers, concert halls, or stadiums. It’s about quality, not quantity.

And, as a bit of an aside, don’t forget that one tweet or social media mention can be enough to create more buzz than a 10,000-person audience. Just look at how much press Jensen is getting for not talking to those 50 people. A small group may turn out to be an influential one. You never know, but you owe it to them, and to yourself, to adapt and move forward.

If you plan an event and circumstances thwart you at every turn, reframe it. Get ready for one more profound statement: It is what it is. So, a meeting or speech isn’t what you expected – so what are you going to do? How can you make the best of it, or even better, get a win out of it? When life hands you 50 audience members, or 5, make magic.