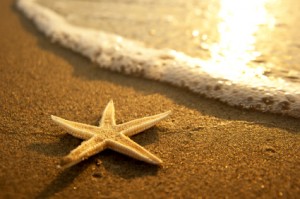 You can fly from Detroit to DC for about $300. If you want to splurge and get warm towels and more legroom you’re looking at spending closer to $850. But for about $20,000, you can fly a G4 from a luxury fleet, enjoy all the legroom you want, and get served gourmet meals and wine that are not so much “complimentary” as they are on the company dime – but indulge yourself. Hate to get peckish on the 1.5 hour trip! The leaders of the “Big 3” automakers took option #3 on their trek from Motor City to DC. They were there to ask for money. No, this did not go over well. It’s like struggling companies spending millions on incentive travel – or is it?

At first glance, it might seem so. In 2008, AIG accepted an $85 billion bailout package. Days later, they spent nearly half a million dollars sending their top independent insurance agents to St. Regis Resort Monarch Beach in Dana Point, California. Never been? You should: you’ll love the AAA Five-Diamond, Forbes Five-Star resort. The stresses of a sluggish economy melt away in the spa (one of the best in the world), on the championship golf course, or on the private beach, especially if you get butler service.

Talk about unnecessary indulgence! How can you lay people off, accept government money, and then give out these incredibly lavish trips? People were so outraged that AIG canceled subsequent trips, and paid hellacious cancellation fees as a result! In fact, they got their own “Effect” named after them. The AIG effect swept the incentive travel industry and did tremendous damage.

Incentive travel is still a smart thing to do, but only when done in an appropriate matter. Admittedly, it can look bad – like the cruise ship that took people to Haiti. On one side of the island, they were living it up, five star style. On the other, people were digging themselves out of the rubble caused by a devastating earthquake. People were outraged!

How conspicuous, how unseemly. How beneficial to the economy to the local people who worked for the cruise line or were employed as a direct result. Just because something looks bad, doesn’t mean it is. It might just mean you don’t have all the info. This excludes the Big 3 CEOs; that was just poorly played.

The AIG people who were given the trips were the ones who were bringing in the business. These trips were part of their compensation package. It motivated and rewarded them and as outraged as we all are about nearly everything, these trips serve a purpose. Well-designed incentive travel accounts for 15 percent of domestic travel. It provides over 1 million jobs. Cutting these programs wasn’t good for companies, and it wasn’t good for the economy.

Fortunately, incentive travel is on the rebound. It’s not about conspicuous displays of wealth or of creating an elitist system. It is about rewarding employees for bringing in the business and motivating them to do more of it. It is about being a contributor to the economy. Yeah, it’s also about kicking back on a beach with a Mojito, but only after you’ve earned it!