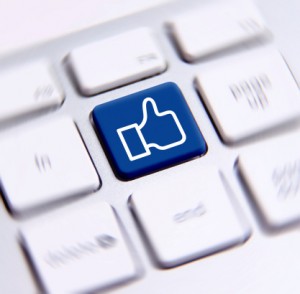 Is social media a mere distraction, a time-waster that reduces productivity and dilutes meaningful conversation? Or is it a tool for deep communication, for global connectivity, for revolution? The answer is both – but it depends on how you use it. It’s like video cameras: we can use them to document the most important moments in our history or deliver a message with impact – or we can use them to make YouTube videos of our cats. To which end are you using social media in your meetings and live events? Are you supporting your message, or are you creating the equivalent of a cat playing with a piece of string – while perhaps a bit entertaining, completely distracting from your story?

How Not To Do Social Media at Events

In the early days of social media in the events arena, I remember staging a meeting with a speaker and incorporating a live Twitter feed. The main screen featured the speaker’s support, his slides, graphics, and images, and the tweets from the audience occupied a smaller screen off to the side. As the speaker was delivering his talk, people started laughing. Not unusual, especially if I’m speaking. But the thing is: the speaker hadn’t said anything amusing just then. The audience was responding to a tweet. It pulled them away from the speaker’s message – and it pulled the speaker away from his own message!

The sideshow became the main event, and that was not the intention. Not a “fail,” so much as a learning experience! So, what did we take away?

Social media works at live events when there is a thoughtful strategy for engaging people in your message. Consider this use of media instead: say your company is holding its annual general meeting. There might be 500 – 1000 people in the audience and thousands more watching via a live webcast. You have only a few hours, but thousands of questions are pouring in.

Using social media strategically can help you filter those questions and get to the “meat” that your audience cares most about. Using software and mobile apps, such as Pigeonhole, moderators can identify questions by themes and put them into a queue based on the amount of interest. The president, CEO, or whoever is speaking can make sure to address these concerns. In this case, social media helps drive the goals of the meeting or event forward – a must if it is to be integrated successfully.

Esurance did a tremendous job of this with their “Glove Box” feature at South by Southwest Trade Show (SXSW) in 2013. Over 65,000 people attended the show, and to help them navigate, Esurance created a “content hub.” By answering a few questions, people could get a daily itinerary geared towards their interests, connect with attendees with similar interests, make recommendations via social platforms, receive daily highlight videos, and more. Participants also received a unique QR code each day, which gave them a shot at unlocking the Glove Box and its many (real, not virtual!) prizes.

It was fun, sure, but the Glove Box also helped attendees find the best events, connect and network, and use technology, all of which are integral to SXSW’s identity. It’s all about tying social media to your objectives and using it as a tool. We did this with a Microsoft product launch. There were only so many people we could invite to the actual launch, but attendees were tweeting and sending Twitpix of the state-of-the-art technology featured at the event. The launch became much bigger because of the buzz around it.

For those who were actually there, it gave them the added prestige. They could tweet or share with friends and peers, saying, “I’m here. Check this out!” Twitter and other platforms gave us the chance to open the event to those who could not attend, while at the same time, build in a feeling of exclusivity among those lucky enough to be there.

Social media has the potential to help us take significant strides forward – or backward! If you opt to use this rich tool in live events, make sure you’re using it strategically to support your end goal. Anything else is a distraction, moving social media to the forefront and your message to the virtual scrap pile.